Finished Meatball Sundae by Seth Godin last week. Good book. Read it and begin to examine your organization. I have begun to examine our church and my business.

Posted by Joe Butler at 6:29 PM No comments: 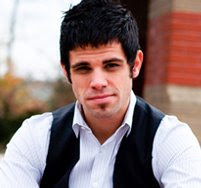 You probably remember the occasion when Gamaliel told the Sanhedrin to leave the disciples alone because:“If their purpose or activity is of human origin it will fail. But if it is from God, you will not be able to stop these men; you will only find yourselves fighting against God.”Acts 5:38-39

If you are doing the work of God for the purposes of God in the power of God, you’re unstoppable too. Just like the early church. Just like Jesus Christ.

I don’t remember where I first heard this little quote, but it has enlivened me on many tough days (it’s even posted in one of my assistants’ office):When I want what God wants for the reasons God wants it I’m unbeatable and unstoppable.

Receive that today. Breathe it in. Then walk it out.

Maybe you’re a pastor squaring up with a carnal deacon board, trying to pursue a God given vision in the face of tremendous scrutiny and opposition.Stay on the wall, Nehemiah. That deacon board can’t stop you. God is fighting for you! Dream, implement, preach, evangelize, cast vision.It will come to pass.

Maybe you’re a parent trying to instill godly values into your child, and they’re putting up a hell of a fight every step of the way. Remember, your child isn’t fighting against you. According to Gamaliel, they’re fighting against God!And whether they know it or not, they’ve met their match. It’s just a matter of time ‘til He lands the knockout blow.Keep training, encouraging, correcting, disciplining, praising, mentoring, sowing. It will produce a harvest.

If God is for you, who can be against you?As long as you keep moving forward, you’re unstoppable!

Steve Furtick is the Lead Pastor at Elevation Church in Charlotte, NC. (This posting was taken from stevefurtick.com)
Posted by Joe Butler at 6:22 PM 1 comment:

Doctors are warning kids across the country to stop "smoking Smarties" -- a fad they say can lead to infections, chronic coughing, choking and even maggots feeding off sugary dust in your nose.

Adolescents and teens have been crushing and inhaling candy, and then exhaling it, in an effort to look as though they’re smoking cigarettes, the Wall Street Journal reported Friday.
Countless youths have even posted how-to videos, like this one on YouTube, of themselves engaging in this behavior.

Health experts fear the behavior may lead to harmful conditions. Some kids have already shown signs of developing a “smoker’s cough.” Oren Friedman, a Mayo Clinic nose specialist, cautioned that frequent use could lead to infections or even worse, albeit rare, conditions, such as maggots inside the nose.

The trend came as a surprise to officials at Summit Middle School in Frisco, Colo., in the fall when a clique of sixth graders started “smoking” Smarties -- a popular, disk-shaped sugar candy.

Though they call it “smoking,” the kids aren’t actually lighting a match to the candy. Instead, they crush it into a fine powder in its wrapper, draw it into their mouths and then blow it out in a cloud of dust.

The fad worries Corinne McGrew, the school nurse at Summit School District. "My biggest concern was that they would aspirate the wrapper or a whole Smarties and it would be a choking hazard," she told the Wall Street Journal.

The problem is happening all over the country — and Smarties isn’t the only candy of concern, said Eric Ostrow, vice president of sales and marketing at Ce De Candy Inc., which manufactures Smarties in Union, N.J.

“It can be done with anything made with sugar and compressed — Necco Wafers, Conversation Hearts, SweeTarts, Lik-M-Aid is already pulverized and so is Pixy Styx,” Ostrow told the Journal. “I don’t want to be complimented that we’re the number one choice.”

Have you heard about this? Have you had to deal with this? If so what did you do?
Posted by Joe Butler at 9:20 PM No comments: 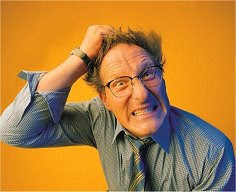 If you have been in "church work" any amount of time you know what the term burnout means. So many times we begin to experience the beginnings stages of burnout and we miss it until we are into it pretty deep. So over the next couple of postings I want to look at the signs of burnout and the cure for burnout.

A really good example of burnout in the Bible can be found in I Kings 19 and the story of Elijah.

I am not going to go into the details of the story - you can read that. So here are some signs of burnout.

1. We depreciate our worth. We compare ourselves to others and what we expect our lives to be.

2. We devalue our work. We blame ourselves for the results of our work. We must remember that we are only responsible for obedience.

3. We exaggerate our problems. We make them bigger than they really are.

4. We abdicate our dreams. When we stop dreaming we die inside. We quit, or stop, caring or just begin to go through the routine of life.

Do you find yourself feeling burned out? . What are you doing about it? What have you done about it? Comment on it.

This is a posting from a friend of my wife. Please pray for them. Here is a link to her blog-The Journey for Selah. God's favor, Joe

As you know, we are 1 out of 4 families that have been fighting for our children in Kaz. In the previous post, I had to share the heartbreaking news that 2 of the families were completely denied their adoptions. After years of bonding and loving these children, the court system in Kaz denied the ability for them to be a family.

This week, the 3rd family has their court hearing. Please be in prayer that they can go in peace and have the strength they need. Its going to be a hard week for them. Their hopes aren't too high at this point, given the news the other two families had a couple of weeks ago.

It is very hard to understand WHY these judges are trying to prevent these precious, innocent children from being with their families. And they don't understand that we are already bonded to our children. We have spent time with them, loved them, kissed them, fed them, talked about them, etc... They are OUR children. Not the government. Not anyone else. They are ours. And to strip them from us in this way is.... pure evil.

However, there are things that happen that we may never understand. But, i do know that without the peace, strength, joy, and contentment I have in Christ, I wouldn't be able to do this.

Please say a prayer for all four of us.
Posted by Joe Butler at 12:27 AM No comments: