The Gift Of Miracles-Bishop Philip Weeks 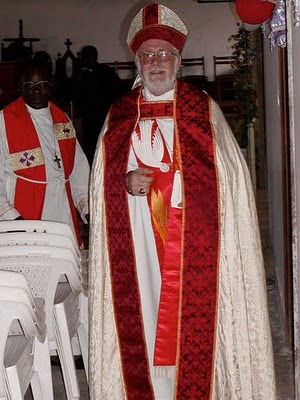 The Greek word St. Paul uses for the "gift of miracles" in First Corinthians 12 is the same root word from which we get our English word "dynamite". Literally the verse should read "the gift of the operation of powers".
When something unusual happens we call it a "miracle" when it may or may not be in the sense that St Paul refers to this manifestation of the Holy Spirit; it means an act of God in a supernatural and powerful manner. Bishop Ricardo Alcaraz of the Philippines recently posted on Facebook a quote, the source of which we do not know, but a very good definition of what we are talking about. "A miracle is not the suspension of natural law, but the operation of a higher law." Indeed it is in this understanding a miracle when a healing occurs that otherwise in all medical journals a reversal of the disease is unknown. Was the landing of the US Airway jet on the Hudson River an act of God or the skill of Captain Scully? People called it "a miracle". Or when a missionary friend visited refugees from the Mt Pinatubo volcanic eruption prayed over a child she thought was sleeping. After she left the room and went on to other buildings someone came running to tell her the child for whom she prayed was now alive. The child had died shortly before she went into the room and prayed.
There are healing miracles. I remember one night at Holy Trinity Episcopal Church in Zamboanga (Mindanao) Philippines. Earlier three of our Barnabas team people had gone to Brent Hospital to pray for a paralytic. That night the nurses rolled his gurney to the church next door. During the evening different team people went to the bedside and prayed for the man. The service was ending, and as was my custom, I called the team members together for our personal closing prayers. One of the Americans called my attention to what was taking place at the entrance of the church. The paralytic had rolled off his gurney and was pushing it back to the hospital. He was discharged that night, and later married one of our Barnabas Day Care School teachers. That was a "miracle'.
There are other occurrences equally startling. On my first mission trip to Asia our leader had made confirmed reservations for our flight from Bangkok to Rangoon. However, when we checked in at the airport we were on a wait list with fifty-two people ahead of us. Our leader told us to go aside and pray which we did and ten minutes before the flight was to depart twelve seats opened up. We were on the flight. We arrived in Rangoon and the hotel where reservations had been made was fully booked. Again we withdrew to pray while our leader negotiated with the manager and in time three rooms with four beds in each became available. Strange!
John Sherrill, once senior editor of Guidepost, conducted a teaching mission in my Charleston WV church. When he taught about the gifts of the Spirit he cited the life of Corrie ten Boom (The Hiding Place) who was a prisoner in a Nazi genocide camp. Someone incarcerated brought in a half bottle of vitamins in liquid form. That half bottle lasted for all the women in her barrack throughout the war. Less significant were the times when our daughters, and our extended family, invited other young people home for Sunday dinner, and June had prepared a roast that would normally have fed just the eight of us but lasted through the meal for eighteen people.
On my first trip into Red China we were given on a piece of paper in Chinese the name of a Guangchou hotel. My roommate and I were to deliver four suitcases of Bibles to a contact at that hotel. We had successfully smuggled them in that afternoon, and when we were ready to leave our assigned hotel for the contact place we realized we had a problem. We were not permitted to check out of our assigned hotel, yet to get to the designated location we had to engage a taxi through the concierge desk. How would we explain going to another hotel with four suitcases when we expected to return? When we entered the lobby soldiers were present and watching us. We avoided the concierge desk and exited the front door. As we stood at the entrance a taxi drove up. The driver popped up the trunk. No one was present to take the taxi so we put our suitcases in the trunk, and I handed the driver the note bearing the name of the hotel. We met our contact, delivered the Bibles and tried to get a taxi to return us to our hotel. It was not until we went through the concierge desk that a taxi driver would allow us into his car. It was evident God had ordered the taxi for us and we successfully delivered over five hundred Bibles that night to Chinese Christians. It may have been a Chinese angel driving the taxi.
These may seem insignificant but nonetheless beyond the natural. They are miracles. They are the mighty working of a mighty God, and they happened in my lifetime.
Posted by Joe Butler at 9:18 AM No comments:

O God, whose glory it is always to have mercy: Be gracious
to all who have gone astray from your ways, and bring them
again with penitent hearts and steadfast faith to embrace and
hold fast the unchangeable truth of your Word, Jesus Christ
your Son; who with you and the Holy Spirit lives and reigns,
one God, for ever and ever. Amen
Posted by Joe Butler at 9:15 AM No comments:

Please watch this and if you can help please do.

Posted by Joe Butler at 1:37 AM No comments:

Prayer Of The Week

Set us free, O God, from the bondage of our sins, and give us
the liberty of that abundant life which you have made known
to us in your Son our Savior Jesus Christ; who lives and reigns
with you, in the unity of the Holy Spirit, one God, now and
for ever. Amen.
Posted by Joe Butler at 10:12 PM No comments:

Please watch the video and pray for Landima. 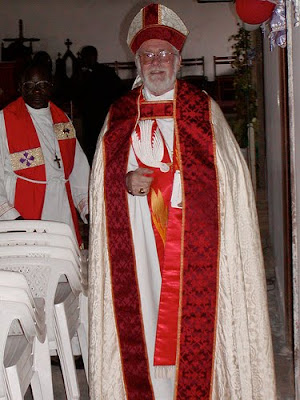