This past Saturday I received a call from a man named Andrew after he read the ad in the newspaper for our Healing and Impartation service. After talking with him for a short time I learned that he has had 3 strokes and had no movement in his left arm for 11 years. I prayed for him and he began to feel his arm tingle. So I encouraged him to come on Sunday to the service.


On Sunday Andrew was there ready for God's healing power to touch him. During the prayer time I prayed for him and commanded his arm to be healed. I asked him what he felt and he said it was like pain. I told him to begin to move his arm or do something that he could not do before. He immediately began to move his arm. He was able to lift it up half way. This was the first time in 11 years that he was able to move his arm. He began to cry and laugh and the place when nuts.


This is just the beginning. The outpouring is going to rock St. Augustine. Believe for more and do not be satisfied!
Posted by Joe Butler at 11:48 PM No comments: 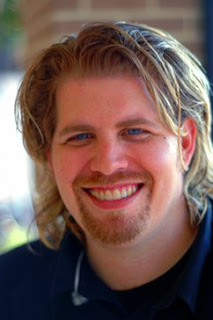 You should check out this website www.runwithfire.com. Roy Fields is one of the most anointed worship leaders I have ever heard. It would be worth the money to purchase one of his CDs.
Posted by Joe Butler at 11:44 PM No comments: