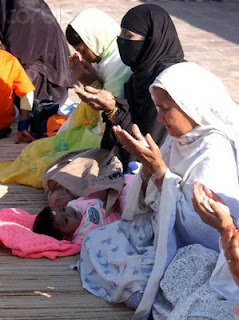 This past Friday my family went to Orlando to spent the night and have a get away at Epcot on Saturday. Man, did we need the time away. That night we ate at a Chinese Buffet on International Drive. During the course of our meal I saw 2 tables of people who appeared to be Muslim. (All the women had head scarves on.) As I went to the restroom, I heard the Holy Spirit say go to their table and apologize for the behavior of Christians. There was this big emotional battle in my head. They will not hear me, remember that you wife’s nephew’s wife was in the bombing in Jerusalem that was set off by a Muslin, and on and on. But I remember the actions of my friends Tom Pelton and Steve Sjogren.
So, as I left the restroom, I walked over to the table and said excuse me to one of the men. I asked if they were Muslin and he responded yes. I put out my hand and said I Joe Butler I’m a pastor and I want to say please forgive us for the way Christians have treated you. There was a real puzzled look on the man’s face and then he smiled and said thank you. I told them to have a great weekend. After this every time that one of the men would walk by or see me they would smile and acknowledge me. It may have not been a huge act, but it touched the lives of a few people who need to know the Risen Savior.
Step out of your comforter zone. Embrace those who need Jesus. Don’t be religious. Be real!
Posted by Joe Butler at 12:11 AM